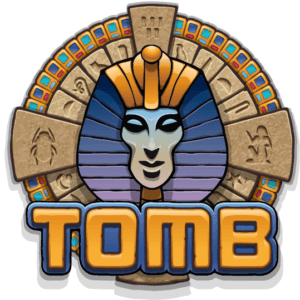 The original 5 Wits adventure, Tomb has thrilled more than a million guests since it first appeared in Boston in 2004.

Your group takes on the role of a team of archaeologists, tasked with unsealing the newly-discovered tomb of a long forgotten Pharaoh. Once inside its pitch black halls, you’ll have only your wits and a flashlight to guide you. But tread carefully – the mighty Pharaoh is not happy with your intrusion into his resting place!

This tomb is filled with ancient riddles, deathtraps to outsmart, and tests of skill and courage. It’s up to you to solve Pharaoh’s challenges, find his burial chamber, and set his spirit free… or fail, and face his wrath.

SECRETS ARE INTENDED TO BE DISCOVERED BY RETURNING ADVENTURERS

Secrets are not intended for first time adventurers.

This will detract from the experience and might make it difficult to get a good score. If you are visiting Tomb a second, fourth, or eighteenth time and are looking for an additional challenge – read on for hints!

NAME OF THE PHARAOH

At the beginning of the adventure, you will see a glowing oval called a cartouche; in Ancient Egypt, royal names were written inside of one of these symbols. Since we don’t know Pharaoh’s name, his is empty. However, if you perform well in each chamber, all three hieroglyphs in the cartouche will reveal themselves to you as you exit – revealing Pharaoh’s secret name!

Here’s one for our birthday guests: In the first chamber, it is possible (but difficult) to get the Pharaoh to sing you a song. HINT: There’s only one puzzle in the adventure that deals with music.

If you perform exceptionally well at Pharaoh’s Test of Sound, he may choose to reward you with an additional challenge…

QUICK AS A FOX

If you are able to solve the Pharaoh’s first puzzle in the second chamber very, VERY fast, he may surprise you with an extra challenge.

There is a surprise in the second chamber, but you either need a lot of people or a lot of limbs to figure out what it is.

In the final chamber, keep your eyes peeled and you may spot a hidden reference to 5 Wits on a column.

Just because you’re leaving the adventure, doesn’t mean there’s no more hidden surprises! No hints though – we’re going to keep things dark on this one.